Home » News » The Herat to Chisth-e-Sharif Highway: construction underway thanks to Italian funds 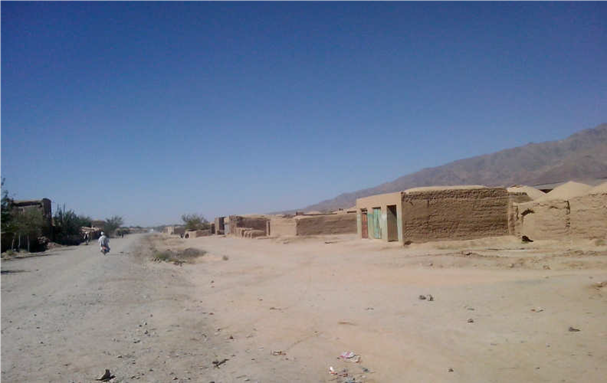 infrastructure projects considered as priorities by the Afghan Authorities.

These three projects aim to upgrade the Herat airport, at the construction of the fourth section of the Khaf to Herat railway, and at the rehabilitation of the road connection between Herat and Chisth-e Sharif.

The three projects are totalling almost EUR 200 million and the conditions of the loan are extremely soft: zero or very low-interest rate, long term repayment and extended grace period (during which, no repayment is required). That means a grant component from 70% to 80%.

The construction of the Herat to Chisth-e Sharif road is ongoing. Works started in July 2019 and reached presently 30% of the construction.   This road is central for the Afghan authorities, and it is included in the National and Regional Resource Corridors Priority Program. This 155-km long highway is the first part of the road corridor that would link Herat to Kabul, passing through Chagcharan and joining the Kabul to Bamiyan Highway at Panjab.

Though the whole East-west corridor is still unfunded for more than half its length, the connection between Herat and Chisth-e Sharif is highly significant in itself. This highway runs along the Harirood Valley, a potentially reach area for agriculture. Marble quarries are also located in Chisth-e Sharif.

Since the agricultural land could be extended thanks to the Salma dam, creating a vast water reservoir just east of 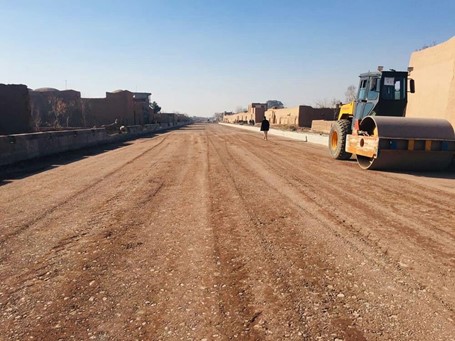 Herat to Chesht-e-Sharif Road: under construction. The way through villages includes side pavements for pedestrians. Asphalt surface will contain air pollution.

Chisth-e Sharif, the economic potential for growth would be strengthened by the new road. This infrastructure will give vital access to markets, allowing farmers to carry goods and merchandise to Herat at a much lower cost in terms of time and fuel.

The new road will also facilitate access to health and education services for the local population in areas such as Obeh and Pashtun Zarghun.

Road works are divided into five lots, the first one 35-km long from Herat, the other four 30-km each.

The first lot was assigned to the Turkish company Çakir and its completion is foreseen in 2022. The bid for Lot#2 is under evaluation and the contract will be soon signed.