Since 2002 Italy is providing humanitarian aid to needs of conflict and disaster affected population in Afghanistan and, after 2004, is focusing its interventions in the Western Region, particularly in Herat Province.
From 2014 the conflict is growing in intensity and geographic scope increasing impact on already vulnerable population who is facing high levels of malnutrition, lack of health services, huge number of conflict displacements and increasing number of returnees from Pakistan and Iran in a country where more than 70% of the population live in chronic poverty. The Humanitarian Plan, presented by the Humanitarian Country Team for 2018, has preview 430 Million US dollars in order to support the humanitarian need of 3.3. million people in need of humanitarian assistance. The causes can be found in the socio and political instability, the forced movements of the population, in the continuation and agravation of the armed conflict, in the human right violations.IADC funded programs to support refugees and voluntary returnees in the Country to harmonize a pacific living with the hosting communities. Beyond that, IADC has supported initiatives to strenght community services for maternal and child nutrition, increasing nutritional services in the communities and support child malnutrion in Herat Province. 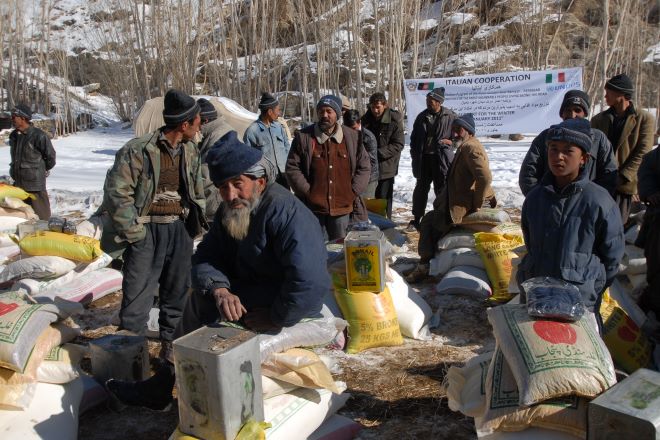