“In terms of state-building, we will establish the rule of law and continue to combat corruption, criminality, and violence. Core state functions will be reformed systematically to ensure that the government’s approaches can be fully implemented. As the rule of law is the glue that enables the state to function as the organ of collective social power, we will step up the fight against corruption, reform our courts, and make sure that ordinary citizens can exert their constitutional rights with confidence.”

Since 2002, one of the priorities of the Afghan government has been the development of effective, inclusive and accountable governmental institutions, able to deliver quality services to the population, administer revenues and ensure the functioning of public affairs. Despite the years and the country efforts, supported by the International Community, there is still a lot to do in this direction.

Afghanistan is fully committed to this goal as far as it is affirmed in the Afghanistan National Peace and Development II 2021-2025 (ANPDF II), the main outcome from Geneva Conference 2020. The quadriennial pledging conference is an international appointment that reunites the government and the International Donor Community to commit to common objectives for promoting sustainable development, prosperity, and peace in the country.

Afghanistan recognizes the importance of the rule of law to build a democratic society, tackle corruption, and improve governance as an agent for establishing peace and security and creating economic growth conditions, the pillars for sustainable growth.

While the justice sector has progressed significantly in the past years, access to justice and legal awareness of citizens still need to be improved.

In line with the Afghan national development policies, recently confirmed with the ANPDF II and its implementation agenda with the National Priority Programs (NPPs), the government of Italy, through the Italian Agency for Development Cooperation in Kabul, is engaged in providing assistance to national justice institutions and the justice sector reform, giving particular attention to those initiatives that seek to improve the rule of law and the access to justice of the most vulnerable and disadvantaged segments of the population, especially women and children.

The ANPDF II establishes that state-building, together with peacebuilding, and market building, is one of the three pillars on which the country has to focus on to continue working for a peaceful and prosperous Afghanistan.

Under this perspective, the Italian Agency for Development Cooperation (AICS) has supported national institutions, like the Supreme Court, the Attorney General Office, the Ministry of Justice, and other relevant actors of the justice sector, like the Afghan Independent Bar Association and the Faculties of Law and Sharia. The Italian interventions have been carried out or are underway through bilateral and multilateral channels, both at National level as well as with a geographical focus on the Provinces of Kabul, Herat and Bamiyan.

Among other initiatives, AICS supports the electoral process and the Central Statistics Organization.

As a member of the international community, yearly, Italy contributes to the Afghanistan Reconstruction Trust Fund (ARTF), a multi-donor trust fund administrated by the World Bank that coordinates international aid for the reconstruction of the country. 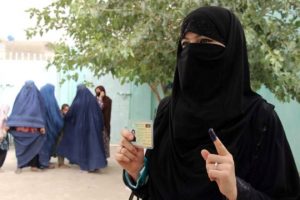 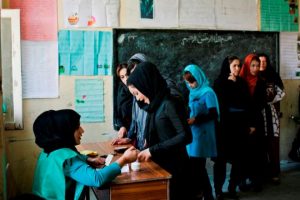 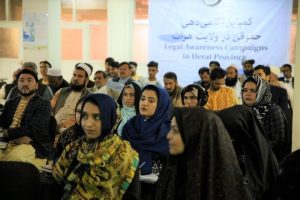 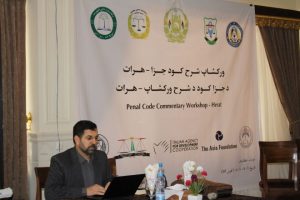 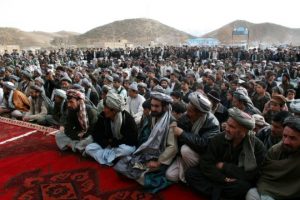