“Afghanistan, as a developing country, is at a critical juncture in its history. At this important stage, there is a need for serious, universal and coordinated efforts to develop the country’s infrastructure. The infrastructure development program with transport, energy and digital connectivity at its core, is focused on investments to improve access to services, inputs and markets to Afghans at the local level, across the country, and regionally.“

With its infrastructure and connectivity action, Italy is among the major supporters of the "Afghanistan National Peace and Development Framework - ANPDF II" presented at the Geneva Conference in November 2020. Following the Italian government's Development Strategies and Policies, the infrastructural planning is in line with the Development Cooperation Framework Agreement signed between Italy and Afghanistan in 2010.

Infrastructures are a strategic asset to create development opportunities also stimulating private initiatives and investments. In addition, the infrastructure will guarantee access to services (health, school, market access) and support to more effective and sustainable management of social, territorial and natural resources.

The Italian Cooperation has always been involved in this sector, supporting the Afghan authorities' infrastructural initiatives to connect Afghanistan with the neighbouring countries.

Italy has always been focused on transport and communication as a precondition for territorial development including access to health, rural development and social and cultural development opportunities, particularly in the Western Region of the country (Herat Province) and recently in the central region of Bamiyan.

As an example, transport projects for rural connections have been carried out and are underway to facilitate the movement of people and goods, so to encourage local economies; to reinforce regional/national road corridors, to expand national/international connections (junctions, bridges, ring roads) and to develop international transport systems by rail, airports and intermodal hubs.

Grants and soft loans to the government of Afghanistan are the main financing methods to support the infrastructure and connectivity projects. A soft loan is the most appropriate modality for funding large scale projects, providing an excellent opportunity for very low-interest rate for the repayment of the debt.

With an average duration of years, the construction works require technical assistance for its implementation, such as monitoring, reporting, and often also design. For this purpose, we tend to guarantee additional grants allocated to integrating and supporting the implementation.

In the last 12 years, the total infrastructural works, completed, under construction, or in the design phase with Italian funds for 320 MEUR, are:

Completing the road construction between Maidan Shar (Maidan Wardak, central Province next to Kabul Province) and Bamiyan: 136 km of track rehabilitated. This connection allows travellers to cut the transport time between Kabul and Bamiyan from 10 hours to just 3 hours, allowing transport during winter. The grant to the Afghan government was worth 100 MEUR, plus a 2 MEUR grant to UNOPS for technical assistance to MoPW. Construction works were completed and handed over to Afghan Authorities in 2018.

Completion of the construction of the Herat Bypass, a 45 km long highway connecting the Islam Qala road (Iran border) to the National Highway n. 1 (known as the Ring Road), thus reducing heavy truck traffic congestion to and from Iran and Turkmenistan and avoiding the transit through Herat city. The grant was worth 24 MEUR grant, and works were completed and handed over to Afghan Authorities in 2018.

The ongoing construction of a bridge on the Harirud river will improve transit, thus allowing better functioning of the Herat Bypass. Italian funding through UNOPS is worth 4 MEUR complemented plus by 3 MUS$ from the Afghan government.

The project foresees the rehabilitation of 155 km-long road from Herat city to Chishti Sharif, along the Harirud Valley (Herat Province). The Italian government approved a 92.3 MEUR soft loan plus a 2 MEUR grant to UNOPS for technical assistance to MoPW. Works are ongoing on the first 35 km-long lot.

Support to the Afghan National Development Strategy in the Infrastructure Sector, through feasibility studies for roads, Herat airport and Khaf-Herat railway, and maintenance interventions on major roads in the Herat Province (bridges, roads, causeways). The project, worth 4 MEUR through a grant to UNOPS, is in its closing phase.

Upgrading the Herat Airport to the "International Civil Aviation Organization – ICAO" standards. Through structures renovation, construction of service facilities, supply of specialized equipment, and Afghan Civil Aviation staff training. This project aims at strengthening the economic role of the Herat Province in the national and regional context. A soft loan worth 29.3 MEUR is backed by a 2.5 MEUR contribution to UNOPS for technical assistance to the Afghanistan Civil Aviation Authority.

Construction of section four of the Khaf (Iran) – Herat (Afghanistan) railway: a 45 km long connection up to Herat airport and the industrial area. The trans-national project is strategic for the regional economic development: it will allow the country's connection and the future of the traffic from Central Asia to an outlet on the Indian Ocean, identified in the port of Chabahar in Iran. The project is funded through a 65 MEUR soft loan, and it is in its design phase.

Completing the project aimed at supporting the Herat Provincial Development Plan to build social facilities in rural areas, such as health centres, schools, government buildings, and agriculture storage facilities. The project was funded through a 2.7 MEUR grant to UNOPS. 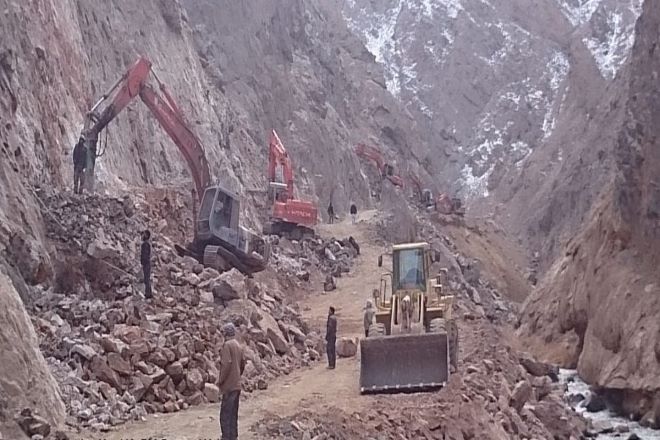 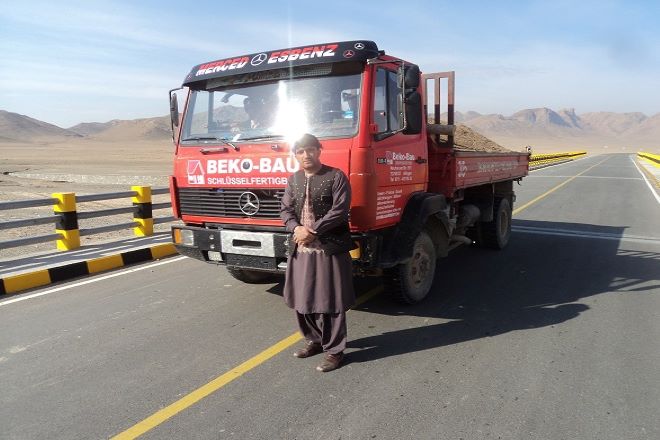 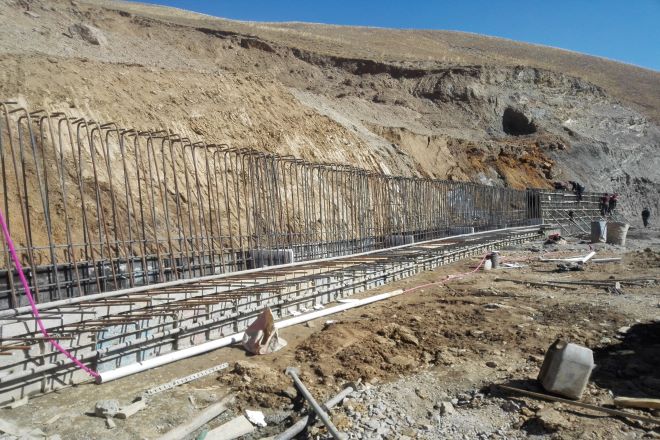 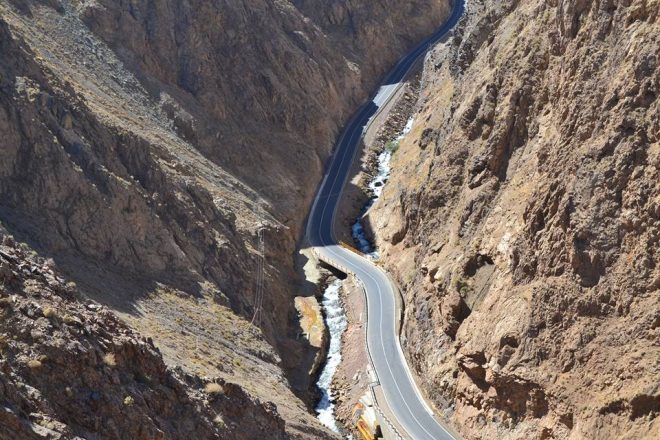 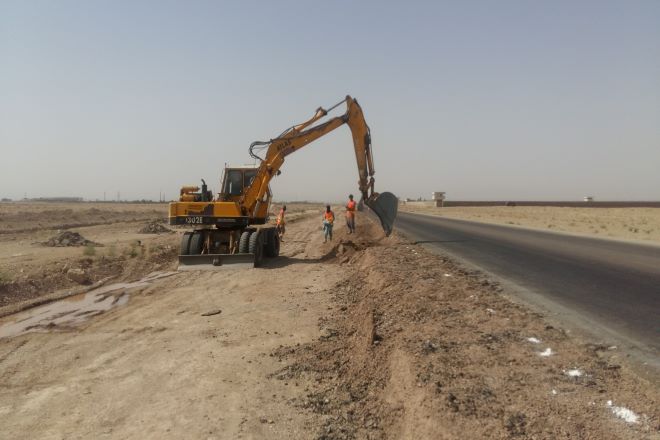 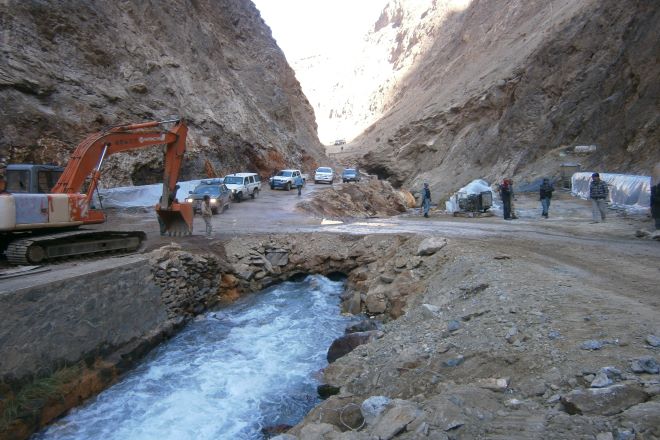