The projects established by the agreements will be implemented by the Italian Agency for Development Cooperation together with the relevant Afghan Ministries and are expected to start in the coming months.

The first project entails a 65 million Euros loan for the construction of the Khaf-Herat Railway, running in parallel to the Herat by-pass, which was constructed through an Italian grant and inaugurated on the 13th December 2018 by President Ghani. It will increase connectivities with the rest of Afghanistan and the region and will be part of the Silk Road network.

The second project is rural initiative that will provide potable water, sanitation and health education to 250,000 people in the provinces of Herat, Farah, Ghor and Bamiyan, through a grant of 4 million Euros provided by the Italian Government.

The third agreement regards a two million Euros project, to be implemented by the National Statistics and Information Authority, increasing its institutional and human resources capacity. The project will also enhance the coordination capacity of the Afghan Statistical System.

The signing of the agreements confirms Italy’s unwavering commitment toward fostering Afghanistan’s development, as shown by its financing of significant projects in Herat and in Bamiyan. Moreover, in order to continue supporting the democratic process in Afghanistan, Italy has decided to contribute with 3 million Euros to the organisation of the next presidential elections. 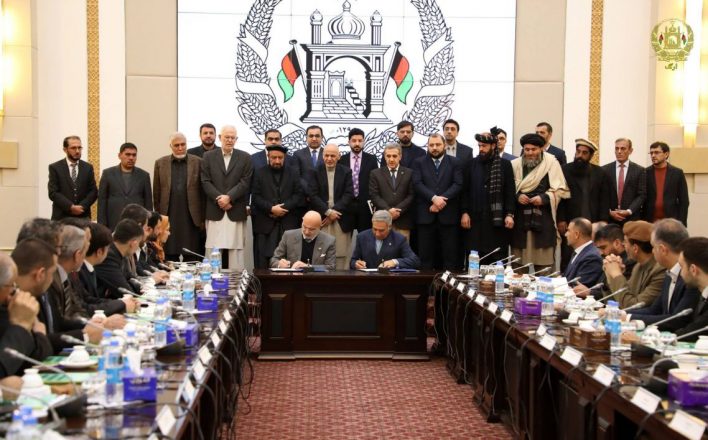